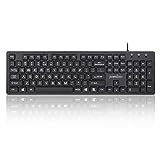 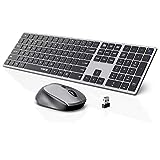 In this guide, we’re going to learn how to connect two keyboards to one computer for gaming with different approaches, and the benefits of using this work-space layout.

Growing up as an extreme gamer, you probably would’ve wondered, Is it possible to connect two keyboards to a single PC? As a child, playing need for speed in split-screen with your buddy using a single keyboard might’ve been a daunting task as the fingers often tangled up.

Consequently, this might’ve led you to the thought, “How to connect two keyboards to one computer for gaming,” or your gaming buddy might’ve asked you the same question. Well, today, in this post, this “how” will be answered in the best possible manner.

Why Connect Two Keyboards to one computer for gaming?

Let’s be honest! A keyboard is the best option when it comes to FPS (First Person Shooter). I know I’ve committed a crime here. There are some game genres where a controller takes over the keyboard in flexibility and efficiency, such as FIFA or NBA. But if you’re talking about FPS, the keyboard takes over the controller every damn time in speed and control.

Now that we have this thought out of the way. Let’s talk about why we need to connect two keyboards to a single PC in the first place. For starters, the gaming experience is best when you have a buddy with you. The competition level, hype, excitement, and adrenaline is to its highest point.

However, if you’re gaming on a laptop or PC, then the experience might be salty using a single keyboard. Therefore, you need to optimize your gaming setup so you can game with your buddy at ease. But the question is, how do you do it? Is it even possible to connect two keyboards to one computer for gaming?

It might seem like an out-of-this-world feat to achieve at first. Fortunately, it is possible and has some benefits to it as well.

How to Connect Two Keyboards to One Computer for Gaming? Now that we’ve established the grounds that connecting two keyboards to one computer for gaming is possible. Let’s take a look at three different approaches for such connectivity. It is worthwhile to mention that these approaches are very easy and fast to set up with minimal effort..

So, without wasting further time, let’s dive into the first approach.

The convenient way of connecting two keyboards to one computer is by simple plug-and-play. Yes, you’ve read it right. It is as simple as it gets. Fortunately, your computer can read multiple signals.

After plugging in the keyboards, the computer will complete the driver installation, and in no time, you’ll be defeating a boss with your buddy.

No need to panic, we’ve got you covered on this, but for that, you need to keep on reading.

Every gamer will agree that a PC gaming setup is incomplete without Logitech gear in it. Fortunately, guys at Logitech have been delivering the most stylish, efficient, and robust gaming peripherals for decades. Similarly, to solve our “cursor” problem, as discussed in the previous section, Logitech has developed a dongle that you can plug it into the USB port of your PC and can connect multiple peripherals through it.

However, the peripherals, such as keyboards, mic, etc., need to be of Logitech as well. Therefore, if you’re a Logitech fan, you’re in luck as you can have the luxury of connecting multiple mouse and keyboards to the same computer. How cool is that?

If you’re not a fan of Logitech and do not own their gear, we’ve still got you covered. Firstly, you can follow the first approach, which is by simply plugging and playing the two keyboards, however, you won’t have dual control over the cursor – a deal-breaker.

Secondly, you can download a third-party plugin for dual control of a cursor, such as TeamViewer or Team Player.

If you’re into upgrading your gaming system for multiple connectives, then the best option is to use the Logitech Unifying Receiver as it can – amazingly – support up to 6 peripherals at the same time. Eventually, you can have two different cursors as you will be able to connect two different mice with the dongle.

Read Also: Is a wireless keyboard good for gaming?

In conclusion, the idea of connecting two keyboards to one computer for gaming is astonishing.

The advantage of using one screen and multiple peripherals to play games with your friends can be a fun idea. Also, it is quite easy to set up and requires minimal work apart from the initial set up before you score goals on your friends.