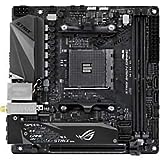 While most of the gamers pay more attention to the graphics cards and CPUs, motherboards are the unsung heroes of gaming PCs. If you’re all set to build the best gaming rig that suits your gaming style, investing in a high quality gaming motherboard will have a huge impact.

Motherboard plays an extremely important role in the performance of a gaming PC as it makes sure that the hardware reaches its full potential.

Our Top Picks for Best Gaming Motherboard with WiFi

The Gigabyte Z390 Aorus Pro is one of the best Intel motherboards with WiFi. It follows an ATX form factor and has a gorgeous design that features LED lighting system. The lighting system is designed so as to light up the entire motherboard and it looks beautiful.

The motherboard has a 12 + 1 phase digital power design which is enough for keeping the power-intensive components alive. The motherboard features dual PCle Gen 3 X 4 M.2 slots and also offers support for DDR4 RAM. Though the motherboard is a bit expensive, but it is equipped with features that deliver best value for money.

The B450 Aorus Pro Wifi is the most affordable gaming motherboard on our list. It has a nice design but if you prefer flashy boards, this one is not for you. The motherboard can handle the wireless and Bluetooth gadgets very nicely. It also supports DDR4 RAM which can be extended to 64 GB too. There are 6 USB ports present which feature max speeds of up to 10 Gbps.

The gaming motherboard comes in black color with all the components and peripherals located on it in white and orange zest. The LEDs don’t illuminate the entire board because only a small amount is located on the board. The heatsinks are covered by metal and they absorb and disperse heat effectively to keep the whole unit cool.

The B360 Pro Gaming Motherboard is equipped with 8th generation Intel core processors that boost the speed and connectivity of the system. Some of the important features of the gaming motherboard include Intel LGA 1151 socket, M.2 Support both SATA and PCle mode, and DIGI + VRM and EPU. The gaming motherboard features innovative design and is equipped with WiFi for a smooth gaming experience.

The gaming motherboard features SafeSlot designed by Asus that provides shearing resistance and superior retention. The gaming motherboard is equipped with ESD guards that prolong the life of the PC components and prevent them from being damaged. It features a corrosion resistant stainless steel back I/O panels that make the whole unit more durable.

The Asus ROG Maximum XI Hero is though not a leader in all the fields, but offers a well-balanced and effective option for all the gaming enthusiasts. The specification of this motherboard is perfect for single and dual GPU PCs along with some CPU overclocking. The motherboard supports standard 64 GB of DDR4 memory and it is equipped with two M.2 sockets and six SATA ports.

The Asus ROG Maximum XI Hero features seven USB 3.1 ports and one USB Type-C. The gaming motherboard features Intel 9th Generation processor which allows you to load it up with two NVMe solid-state drives. The motherboard is a high-end one and the good thing is that there are no non-essential upgrades.

The Asus ROG X570 Crosshair VIII Hero is a high-end motherboard and is built on black PCB. There are black shrouds on the rear I/O ports and audio circuitry and black heatsinks over the chipset and VRMs. It has a robust and sturdy design that consists of 16 IR3555 PowIRstages. The motherboard is designed for gaming and overclocking and its main feature is its power design.

The Asus gaming motherboard is a premium AM4 motherboard designed for overclocking and gaming on the AMD’s latest generation Ryzen CPUs. It supports both the Ryzen 2000 and Ryzen 3000 processors. There are four DIMM slots and eight SATA ports that act as good memory support. A gaming motherboard is the backbone of your gaming PC as it is going to impact on the performance of other PC components such as memory, graphics cards, and processors. Picking the right motherboard according to your requirements will ensure every function in your PC goes smoothly. To make an informed decision of choosing a motherboard, consider the following factors:

The first decision to make is to choose between the two giants; Intel and AMD. Which one is good to go for will depend on your requirements, such as whether you play games that need fastest single core performance (Intel is best for that), or you are more concerned about the games that can use multiprocessor cores (AMD is perfect for that).

To choose a motherboard you’ll have to decide on a form factor too. Common form factors include ATX and micro ATX. So, when you’re buying a motherboard, make sure that its size will fit into your PC. The ATX board is equipped with more expansion slots that are quite beneficial while the micro ATX boards are compact and have a reduced number of expansion slots.

There are many types of sockets which include LGA, PGA, and BGA. LGA sockets are used by Intel while the PGA sockets are used by AMD. When we talk about the expansion slots, the PCle is the most important one which is used to connect most of the components. There are various sizes of this slot and the commonly used one is PCle 3.0. The more slots you have in your motherboard, the more space you have to fit your required components.

Make sure that your motherboard is able to support the type of GPU that could meet your requirements. A good GPU support is imperative as it provides a way to present information in a visual form that can be perceived by us. For gaming you’ll need a powerful GPU but if you want something that could support less graphically demanding games such as the e-sport titles, you can go for the ones that come integrated with CPUs.

Before making a decision regarding the motherboard, don’t forget to consider the RAM. For a gaming motherboard, we recommend going for one that could accommodate at least 16 GB of RAM. Also, go for a motherboard that features 4 or more memory slots because it is beneficial for RAM. If you have more slots, you can install 2 RAMs that will give you more space for games and you’ll be able to upgrade too in the future.

What is the difference between gaming and regular motherboards?

This depends on the type of game you’re going to play. For simple games, any regular motherboard would do. If you play heavy games, then you’ll need motherboards with high-end specs such as RAM support for at least 64 GB or more, support for latest generation CPU, dual M.2 and 6 SATA connectors, RAID support, PCle 16×1, PCle 8×1, and PCle 4×2 slots.

What are the main components of a motherboard?

The main components of a motherboard include a microprocessor socket, a chipset, a basic Input/Output system (BIOS), and a real-time clock. A motherboard is also equipped with slots or ports for attachment of various support system/hardware or peripherals.

Why are gaming motherboards so expensive?

Gaming motherboards are expensive because they need to support a lot of things and should have multiple features that are needed to run the games. These motherboards should support the latest processor, provide RAID support, support for external GPU, and should have a plenty of fan headers and RGB headers for gaming. Also, since the AAA titles require a lot of power, the motherboards should be able to support the latest and high power PSU too.

Motherboards are one of the most crucial parts of a gaming rig, and when they are equipped with a WiFi, they become handier than ever. These motherboards are very functional if you want to enhance your overall gaming performance on your PC.

If budget is not an issue, we recommend going for the Gigabyte Z390 Auorus Pro, which is equipped with WiFi and all the features that you need in a gaming motherboard. If you want a small and compact motherboard for running specific tasks and games only on your PC, then you must go for the B450 Aorus Pro WiFi. All the motherboards reviewed in this post are one of the best gaming motherboards with WiFi. 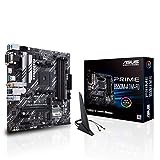 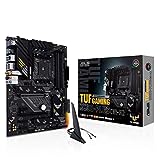